Heckler & Koch has confirmed that a modified version of its G28 rifle has won the Army’s Compact Semi-Automatic Sniper System contract.

The gun will replace the M110 made by Knight’s Armament as a culmination of the Army’s desire for a shorter, lighter rifle that didn’t sacrifice accuracy or performance. A press release from Heckler & Koch said the G28 is a light-weight variant of the 7.62 mm gas-powered G28 in use by the German Army, adjusted to fit the U.S. Army’s requirements.

The company did not immediately respond to requests for more details regarding the new rifle and it’s specific variations from the G28. Specs on the company’s website say the commercial version has a minimum length of 96.5 cm (about 38 inches) and weight of 5.8 kg (12.7 lbs). That makes it nearly 6 cm (2.5 inches) shorter and 1.3 kg (3 lbs) lighter than the M110 (unloaded and without a suppressor).

The contract to produce up to 3,643 rifles will be worth up to $44.5 million, or a bit more than $12,000 per rifle. The company will also provide spare parts and support for the Army. The Army will make a minimum purchase of 30 rifles for quality assurance testing. 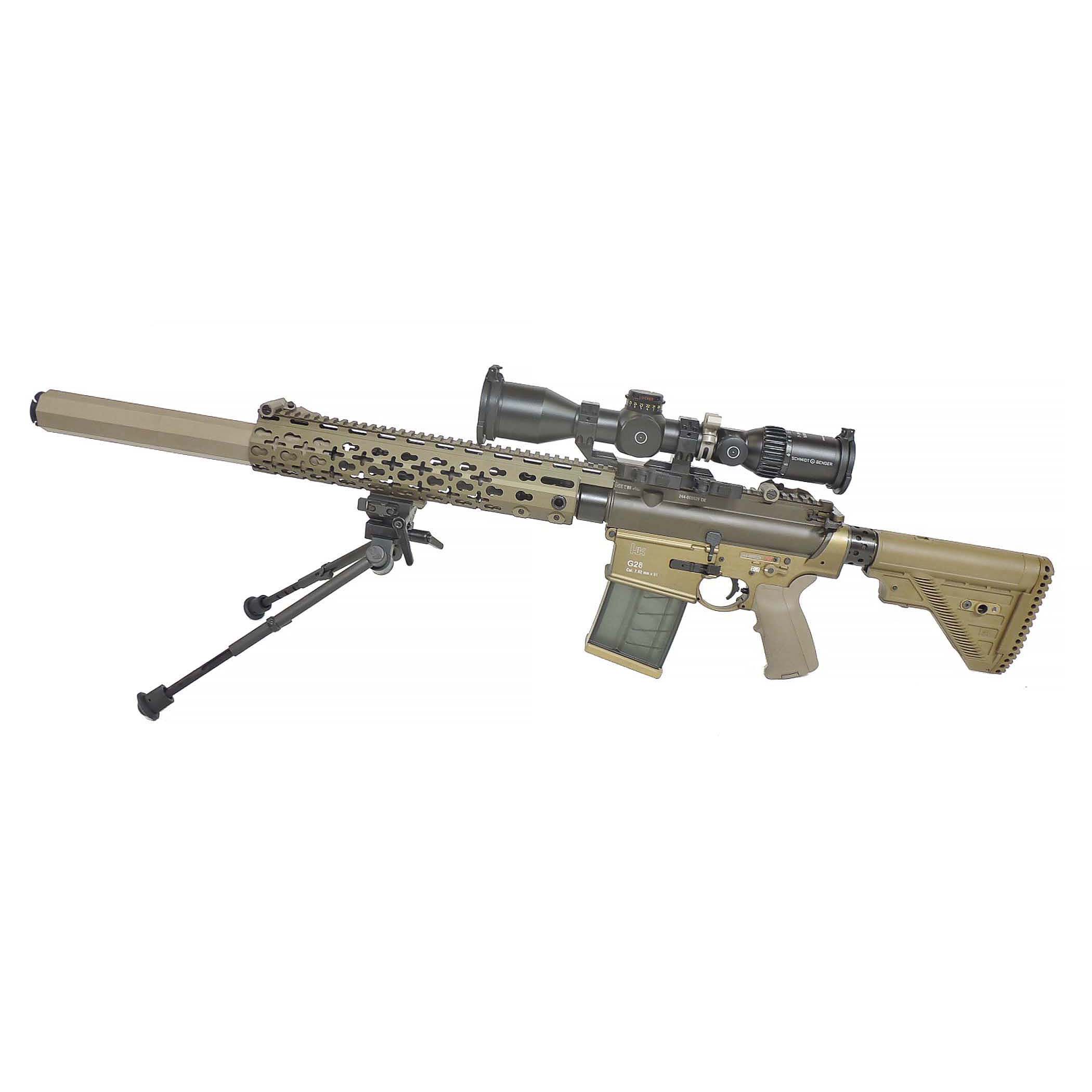 Knight’s Armament Company released a statement that congratulated the winner of the CSASS contract.

“The Compact Semi-Automatic Sniper System (CSASS) competition was driven by evolving requirements pioneered by KAC products in use by today’s warfighter.  Government competition drives industry innovation. Industry’s common goal is getting the best product to the warfighter as quickly as possible,” the release said.