An English military vehicle collector thought he got quite the deal when he traded a tank and self-propelled gun for a Type-69 tank, a Chinese variant of the T54 developed by the Russians that was sold to Iraq and used in the 1991 Persian Gulf War.

When he examined the tank, he found out just how good of a deal it was; the Iraqi tank crew had apparently looted roughly £2million ($2,474,600) worth of gold bullion, and had hidden it in a fuel tank.

A TANK fanatic got a new model in a £30,000 trade-in — and found more than £2million of gold bullion hidden in the fuel tank.

Nick Mead, 55, discovered the five gold bars in the Russian T54/69 while restoring it to add to his collection of 150 military vehicles.

He and mechanic Todd Chamberlain were filming themselves prising open the diesel tank in case they found munitions and needed to show it to bomb disposal crews.

Instead, they pulled out the bars, weighing up to 12lb — 5kg — apiece.

Todd, 50, said a quick calculation suggested they were worth in excess of £2million.

He added: “We didn’t know what to do. You can’t exactly take five gold bullion bars down to Cash Converters without questions being asked, so we called the police.”

Nick runs Tanks-a-Lot, giving petrolheads the chance to drive any of his tanks on his farm in Helmdon, Northants.

The gold is believed to have been looted by the Iraqis in the invasion of Kuwait.

Note: Yes, it is in fact legal for private citizens to own tanks, other military vehicles, and artillery in many countries, including the United States. The late Jacques Littlefield amassed a collection of more than 220 vehicles, including the Scud-A tactical ballistic missile launcher, self-propelled gun, and Panzer IV ironically purchased by gun control supporter Paul Allen, co-founder of Microsoft. 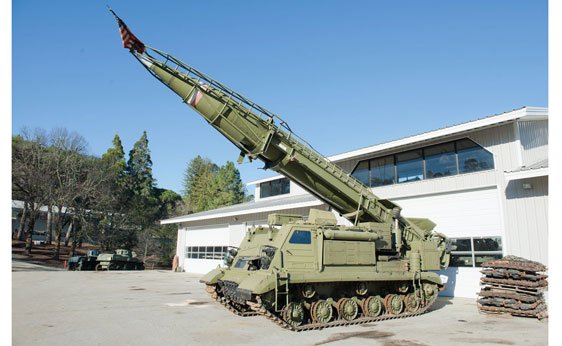